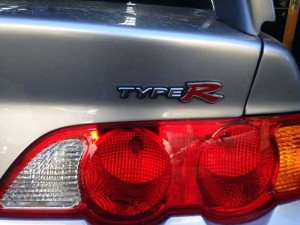 One of the biggest challenges we had as a company circa 2008 was the unavoidable truth that like all industries, ours was moving full steam ahead into an electronic era of online ordering, emails and social media. Prior to this shift in technology all sales were done via phone call often in a Mario and Luigi accent (No Tom, Mario and Luigi were actually Plummers). All jokes aside most mechanics who were extremely skilled in their trades had to take on a whole new skill set before being left in the dust of the major Mechanical franchises.

Initially being appointed the ‘ Internet guy’ seemed like a piece of cake. We happened to be using a lot of third party online marketing companies who used a whole lot of marketing mumbo jumbo (jargon) to make it sound like what they do was not obtainable by your average Joe Blow . I noticed they really enjoyed throwing around big words around like ‘conversion rates’, ‘impressions’ and offering top spot on Google in (often in a foreign accent).

I admit it was really fun hanging up on them but eventually got to a point where it lost its novelty. Rather than cutting the conversations short I decided to hear them out (no matter where in the world they may have been calling from). I started to try and gather as much information as possible about the importance of our website, how easy it is to use for our potential customers and how well customers can contact us through its functions. From here I began to arrange meetings with reps in an effort to gain as much knowledge as possible in what they had to offer and more importantly how they do it (wink wink). It wasn’t long before our websites were updated and our very expensive third party online advertisers (not naming any names) were eventually phased out. I began to start my own online campaign. It initially started from advertising in Melbourne only but soon had spread Australia wide targeting major cities and towns across the map.

The moral of the story is that no one knows your business like you do.

The usual excuse of being ‘too busy’ to take your advertising by the horns is often too common of a trend. If you really want to show your company’s true qualities and strengths give the online advertising a fair shake of the sauce bottle before you hand-ball it off to another mob.

Until next time peeps!

Hondworld is a family owned and operated business established in 1999. We're proudly one of the largest Honda parts and servicing centers in Australia. Hondworld has 16 experienced technicians, 11 hoists and over 200 cars on site. We supply genuine Honda parts and brand new certified aftermarket parts for Honda cars built in 1989 to the latest models. We'll find your Honda's problem fast and locate the right parts at the lowest price to fix it.